The Central American University Confederation is the integration organization of the Central American public university system that promotes the development of universities through cooperation and joint work with society and the State. For the comprehensive approach to regional problems and their proposed solutions, it acts within a framework of commitment, solidarity, tolerance, transparency and equity. It promotes the development of scientific, technological and humanistic knowledge, promoting the training of professionals with criteria and capable of making decisions and influencing the sustainable development of the region.

The Central American University Confederation aspires to be an organization that promotes with leadership the regional integration of the Central American university system, promoting planning and the academic-administrative capacity of universities; with a university management that promotes the quality, relevance, efficiency and equity of public higher education, and scientific, technological and humanistic use. The Confederation must carry out a coordination and articulation between the systems, programs and projects, which contribute to the solution of the common problems of the region, to the integral formation of individuals, to strengthen the Central American cultural identity, to promote student mobility and teacher in the region, to achieve the connection of the university with society and the State, to peaceful coexistence and the integral development of the Central American population. Act with transparency, humanism, justice and equity in a harmonious relationship with the environment.

In San Salvador in 1948, on the occasion of the First Central American University Congress in September, the universities of the region resolved to create the Central American University Confederation and its highest authority, the Congreso Superior Universitario Centroamericano (CSUCA), an agreement that was fulfilled in December of that same year with the celebration, in that same city, of the founding meeting of this organization. This conclave constituted the first great forum where the university students of the isthmus discussed the most important issues related to the problem of higher education. The Congress presented the "Declaration of Principles on the aims and functions of the contemporary university and especially of the universities of Central America." Between 1948 and 1959, the CSUCA functioned through annual meetings of Rectors and its activities were coordinated through a pro tempore Presidency that rotated among the different countries of the region. In 1959 in León, Nicaragua, the CSUCA decided to establish its General Secretariat based at the University of Costa Rica, in order to have a permanent executive body that would monitor and support compliance with its agreements and promote initiatives for the development of joint work. of Central American universities. In 1960, Dr. Carlos Tünnermann, the first Secretary General of CSUCA, organized and established the offices of the General Secretariat of CSUCA based at the University of Costa Rica. The offices of this Secretariat functioned from then until June 2002 with the institutional and financial support of the University of Costa Rica. In the sixties, during the heyday of the Central American integration process, the CSUCA successfully promoted the Plan for the Regional Integration of Central American Higher Education (PIRESC). In this period, actions such as the promotion of the establishment of "University Cities" (centralized campuses), the establishment of general studies in the universities of the region, the promotion of the departmentalization of universities, the Agreement for the recognition of studies university students and the exercise of university professions in the region, the regional definition of basic minimum study plans in the main courses offered, the promotion of the Institutes and Regional Courses as centers of excellence and service to the entire region in strategic areas, the teacher exchange program (through an account compensation plan), among others. From the mid-1970s to the beginning of the 1990s, most Central American universities and CSUCA itself were affected by internal armed conflicts in various countries of the region, which led to In June 1992, at its XXXVI ordinary session, the Council agreed to initiate an evaluative and gradual process for the change of headquarters of the General Secretariat.

After mitigating the aforementioned crisis, at the IV Central American University Congress held in Tegucigalpa in 1995, the CSUCA took up the perspective of regional integration of higher education by approving the Second Plan para la Integración Regional de la Educación Superior Centroamericana (PIRESC II) . Agreements that were ratified by the V Congress held in Costa Rica in 1999. Highlights of this second PIRESC include the creation and development of Regional University Systems: Sistema de Carreras y Posgrados Regionales (SICAR) now called the Sistema Regional Centroamericano y del Caribe de Investigación y Posgrado (SIRCIP), Sistema Centroamericano de Evaluación y Acreditación de la Educación Superior (SICEVAES), Sistema Centroamericano de Relación Universidad-Sector Productivo(SICAUSP), now called Sistema Centroamericano de Relación Universidad-Sociedad (SICAUS), Consejo Regional de Vida Estudiantil( CONREVE), Network of Documentary Information Systems (Red SIID), Mexico-Central America Academic Exchange Program ANUIES-CSUCA and more recently, as a result of the development achieved within the framework of SICEVAES, the promotion of the creation of the Central American Council for Accreditation of the Quality of Higher Education. In July 2002, with the change of Secretary General, the process of transferring the offices of the CSUCA General Secretariat to Guatemala, with the University of San Carlos de Guatemala (USAC) as its headquarters, was completed, with which the a new stage in the development of the CSUCA. This new stage occurs in a scenario in which the phenomenon of globalization has a strong impact on the regional integration process, accelerated by external factors such as: the signing of a Free Trade Agreement between the United States, Central America and the Dominican Republic, and the signing of the Association Agreement between the European Union and Central America, among others.

To channel, with a renewed vision, the fulfillment of its goals and objectives, the Third Plan Integración Regional de la Educación Superior Centroamericana (PIRESC III), period 2005-2015. For the preparation of this Plan, a participatory methodology was developed that involved the execution of a series of activities including two preparatory workshops, held in San Pedro Sula, Honduras on June 29 and 30, 2004 and in Guatemala City, on June 29 and 30, 2004. November 8 and 9 of the same year, and culminated with the celebration of the VI Central American University Congress held on November 10 and 11, 2004 in Guatemala City. Subsequently, as a result of the conclusions and agreements of the VII Central American University Congress, held on April 14 and 15, 2011, in the city of León, Nicaragua, the PIRESC III is fundamentally updated at the level of strategic objectives and lines of action. action of its 6 programs and systems, highlighting within them the decision to create theSistema para la Internacionalización de la Educación Superior Centroamericana (SIESCA).

On May 26 and 27, 2016, the VIII Central American University Congress was held in Panama City, with the support of the public universities of Panama, members of CSUCA: Universidad de Panamá, Universidad Tecnológica de Panamá, Universidad Autónoma de Chiriquí, Universidad Especializada de Las Américas y la Universidad Marítima Internacional de Panamá, which coordinated its organization. Prior to this congress, both in the General Secretariat, as well as in the systems and within the member universities, pre-congress activities were developed, in which there was the opportunity to evaluate the degree of progress of PIRESC III and prepare papers that They were presented at the congress. The results of the VIII CUC translate into the Fourth Plan para la Integración Regional de la Educación Superior de Centroamérica y República Dominicana, embodied in this document, which was approved by the CSUCA in POINT FOUR of the minutes of the CVIII ordinary session held on September 28, 2016 in San José, Republic of Costa Rica. In September 2015, the Member States of the United Nations Organization approved the 2030 Agenda for Sustainable Development, which includes a set of 17 goals to end poverty, fight inequality and injustice, and tackle the climate change. These goals will set the pace on the international agenda for the next 15 years. In this context, the member countries of the Sistema de la Integración Centroamericana (SICA) are in the short and medium term, facing the challenge of advancing in the achievement of the Objetivos del Desarrollo Sostenible (ODS). Consequently, this Fourth Plan for the Regional Integration of Higher Education in Central America and the Dominican Republic constitutes a valuable instrument and guide for universities to assume with historical responsibility their mission of contributing academically and scientifically to the solution of the main problems of their environment, through a critical and purposeful attitude, to positively influence the comprehensive development and well-being of Central American society in harmony with the natural environment. 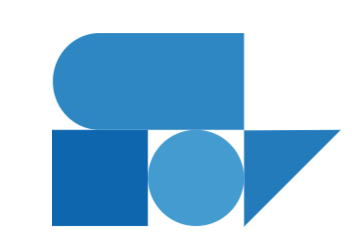