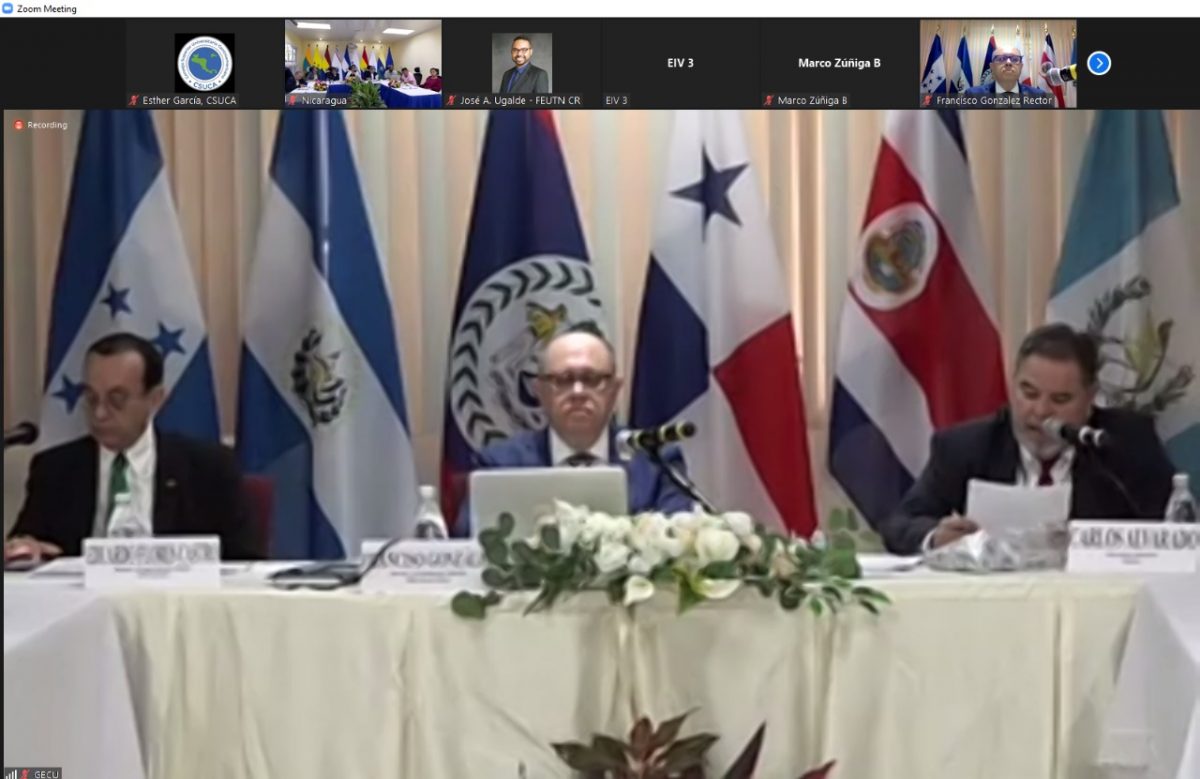 Within the framework of the actions carried out by the Central American University Confederation, being the Central American Higher University Council -CSUCA- the collegiate governing body of the Confederation, made up of Rectors and Presidents of the Student Federations, representing the 24 member universities of CSUCA. The CXIX Council Session was held, chaired by Mr. Francisco González, President of CSUCA; Mr. Eduardo Flores, Rector of the University of Panama, venue for said session; and Mr. Carlos Alvarado Cerezo, Secretary General of CSUCA.

To start the session, the President of CSUCA mentioned the importance that exists in the regional struggle of all countries, to obtain a fair budget that allows the development of higher education offered by public universities. Likewise, the Rector of the University of Panama spoke about the importance of continuing to fight for autonomy, mentioning that the CSUCA is the oldest organization that fights for integration in the Central American region and the Dominican Republic.

With a quorum of 36 representatives of the council, the CXIX session gave rise to the election of the Deputy Secretary General of CSUCA, being unanimously elected Mr. Francisco Alarcón, for the period 2022-2026, who expressed ?I thank all the members of the Council for the trust and honor of serving the Central American University Confederation, I have given my life to CSUCA, therefore, we are going to make the greatest effort to continue working in the best possible way?

Likewise, the qualification of the call for Deputy Secretary of Student Affairs, for the period 2023-2025, was announced. As well as, the designation of Mrs. Rutilia Calderón of the National Autonomous University of Honduras, as representative of CSUCA before the CCA.

For his part, the Secretary General of CSUCA presented the work plan and budget for the year 2023, both of which were approved.

On the other hand, Mr. Jorge Cortez announced the results of the Congress prior to JUDUCA, indicating that the eighth version will be held in El Salvador, during the month of July 2023, mentioning that, on behalf of the student life, are close to holding the Rubén Darío Award for Academic Excellence and the Congress of Health-Promoting Universities.

Requesting a space on the agenda, Mr. Juan Carlos Soto provided a report on the progress that exists in the International University Center for Information and Communication Technologies, with great progress in Honduras, El Salvador and Nicaragua.

This session has given rise to being able to provide recognition to all those people who have represented a space before the CSUCA and who, due to the pandemic, have not been able to grant recognition in gratitude for the contributions provided during the time they were part of CSUCA.

Being Panama the venue for the CXIX Council Session, Mr. Eduardo Flores, Rector of the University of Panama, made a presentation of good practices of the University of Panama, before the Panamanian society. At the same time, a presentation was made on the National University of Costa Rica; the Technological Institute of Costa Rica presented the FISU congress, soon to be held; the proposal for the Blue University Networks (OSPESCA/SICA) and the proposal for the second phase of the BELLA project were presented, as well as information on the various activities and academic projects, as well as it was designated that the CXX Ordinary Session of CSUCA will be held in Costa Rica during the month of April of the year 2023. 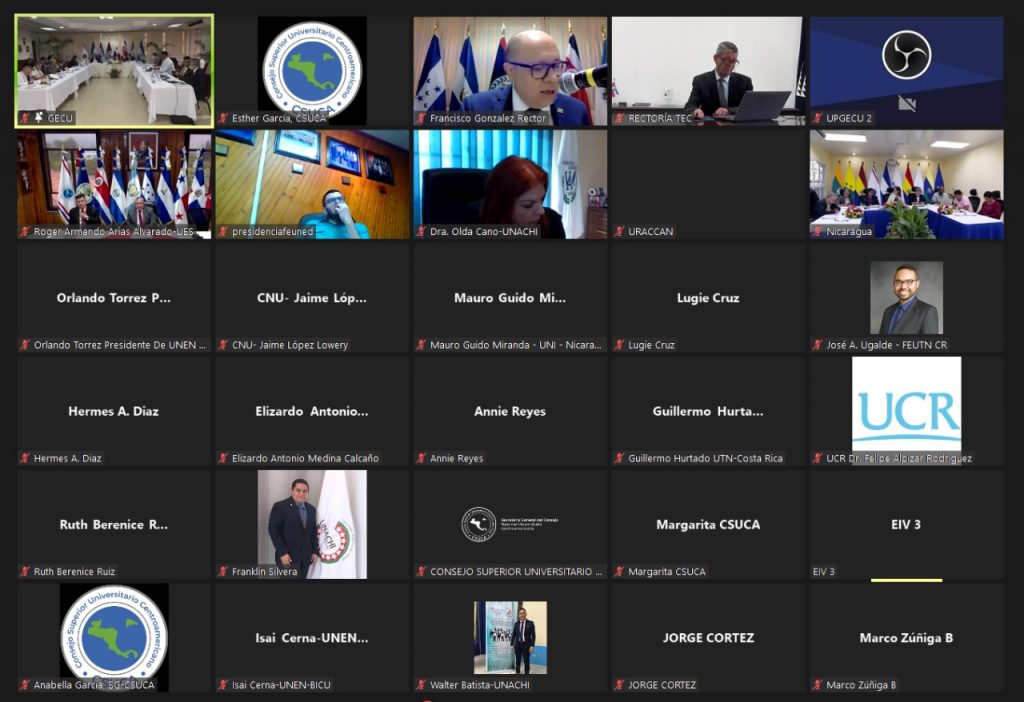 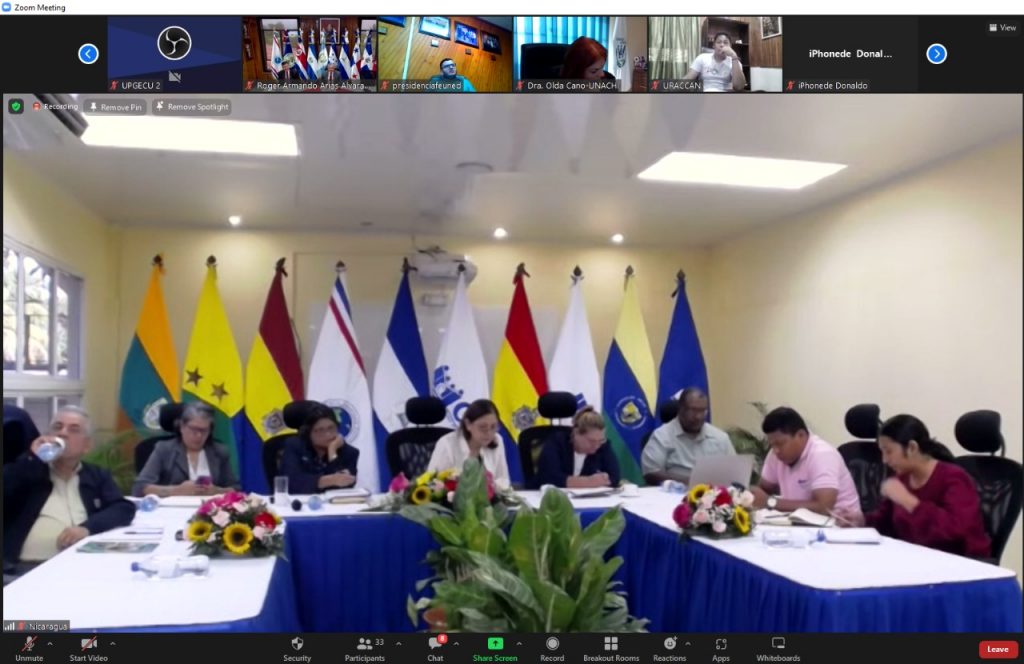 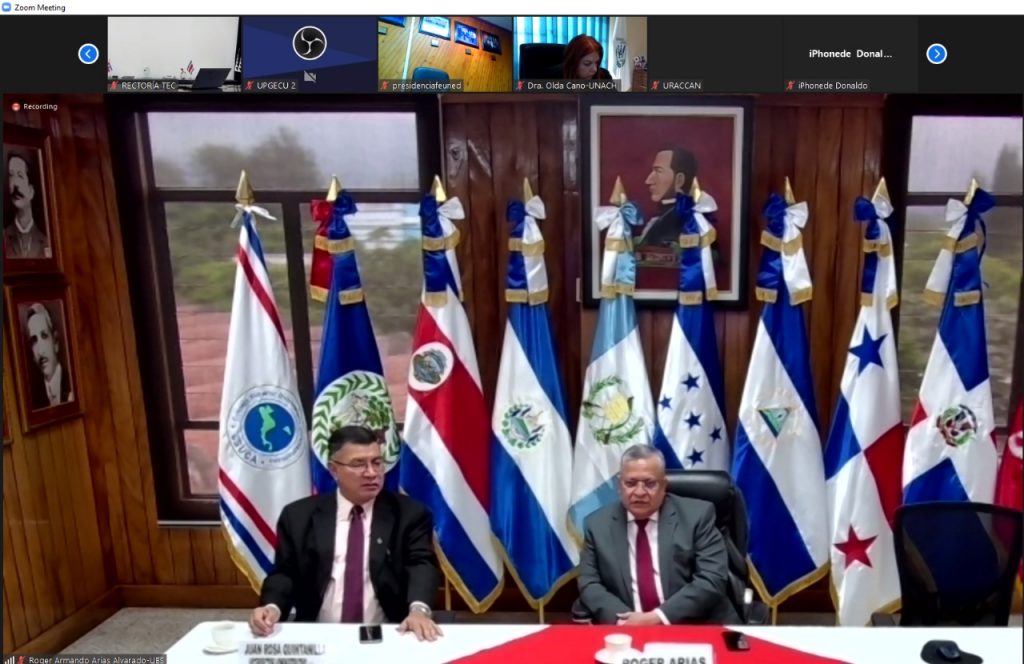 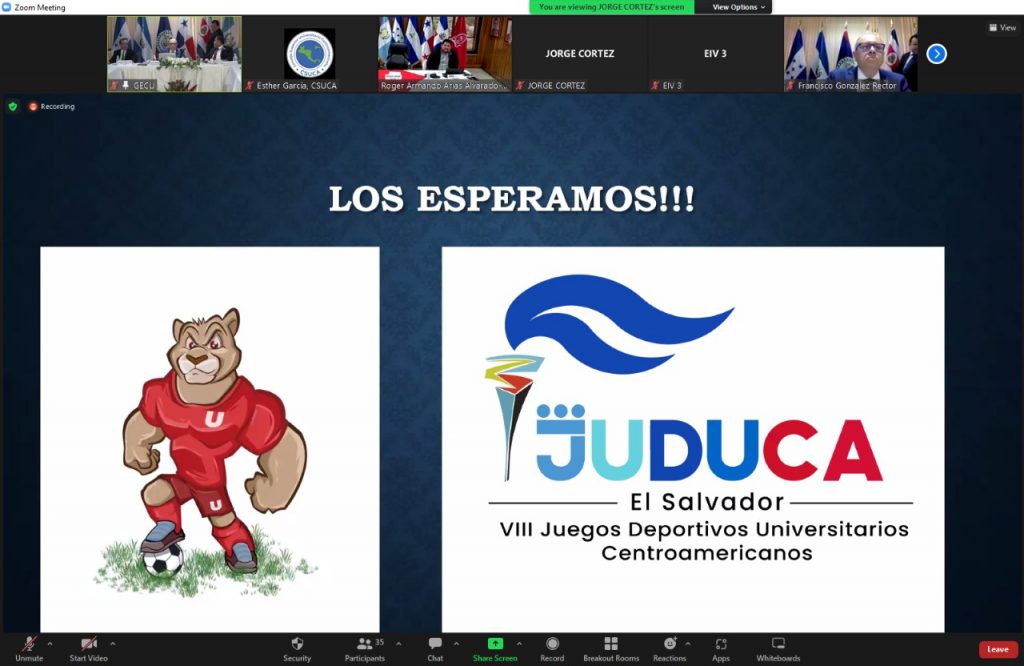